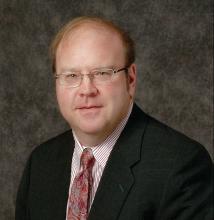 Ted Abel, Ph.D. is the Roy J. Carver Chair in Neuroscience, Director of the Iowa Neuroscience Institute and Chair and DEO of the Department of Neuroscience and Pharmacology  in the Carver College of Medicine at the University of Iowa with secondary appointments in the Departments of Molecular Physiology and Biophysics, Psychiatry, Biochemistry, and Psychological and Brain Sciences. Until 2017, he was the Brush Family Professor of Biology and Co-Director of the Biological Basis of Behavior Program at the University of Pennsylvania where he directed a Graduate Training Program in Behavioral and Cognitive Neuroscience. His research focuses on the molecular mechanisms of memory storage and the molecular basis of neurodevelopmental and psychiatric disorders. He has been a pioneer in the use of molecular and genetic approaches to define how neural circuits mediate behavior, including identifying the molecular impact of sleep deprivation on neuronal function. He is a recently elected member of the National Academy of Medicine.

Dr. Abel was an undergraduate at Swarthmore College, receiving a B.A. in Chemistry in 1985.  After Swarthmore, Dr. Abel attended the University of Cambridge (Christ’s College) as a Marshall Scholar, receiving a First in Part II Biochemstry and an M. Phil., working with Dr. R. Tim Hunt on the cloning of cyclin.  Dr. Abel then moved to Harvard University to work with Dr. Tom Maniatis on transcriptional regulation during Drosophila development as a National Science Foundation graduate fellow. 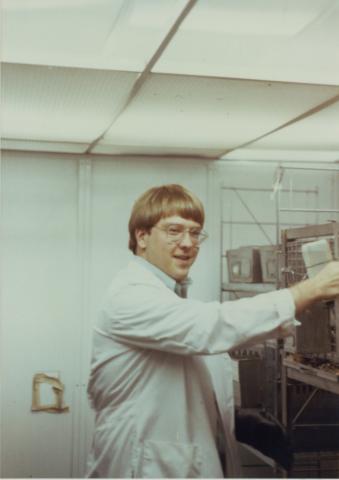 After receiving his Ph.D. in Biochemistry and Molecular Biology in 1993 from Harvard University, Dr. Abel moved to the College of Physicians and Surgeons at Columbia University to do his postdoctoral work with Dr. Eric Kandel using genetic approaches to study the role of protein kinase A in neuronal function.  During his postdoctoral research, Dr. Abel received a fellowship from the Damon Runyon-Walter Winchell Cancer Research Fund and a Young Investigator Award from the National Alliance for Research on Schizophrenia and Depression (NARSAD).  In 1998, Dr. Abel joined the Biology Department at the University of Pennsylvania as an Assistant Professor. As an independent investigator, Dr. Abel has received a John Merck Scholars Award, a David and Lucile Packard Fellowship in Science and Engineering and a Research Grant from the Human Frontiers Science Program. Dr. Abel received a Young Investigator Award from the Intellectual and Developmental Disabilities Research Center at the Children’s Hospital of Philadelphia and the Daniel X. Freedman Award from NARSAD for outstanding research by a NARSAD young investigator. Dr. Abel’s accomplishments in undergraduate teaching, research and advising were recognized when he was twice named Biological Basis of Behavior Society Professor of the Year and selected as the recipient of the School of Arts and Sciences Dean’s Award for Mentorship of Undergraduate Research.  Dr. Abel is a Fellow of the American Association for the Advancement of Science (AAAS) and the American College of Neuropsychopharmacology.  He is currently the Chair of the Section on Neuroscience of AAAS and President of the Molecular and Cellular Cognition Society.  Dr. Abel has co-authored over 180 scientific papers, which have been published in journals that include Nature, Science, Cell, Neuron, the Journal of Clinical Investigation, Proceedings of the National Academy of Sciences and the Journal of Neuroscience. His outreach has included an interview on NPR’s Science Friday and Radio New Zealand along with participation in Penn’s 60 Second Lecture Series.

Dr. Abel is the Editor-in-Chief of Neurobiology of Learning and Memory and a member of the editorial board of Hippocampus.  He has been an Associate Editor of Behavioral Neuroscience, been a member of the Scientific Review Council and the Board of Directors of Cure Autism Now, and served on the Scientific Advisory Board of Autism Speaks.  He has served on grant review panels for the National Science Foundation and for the National Institutes of Health (NIH), and he is currently Chair of the Board of Scientific Counselors of the National Institute of Mental Health.  Dr. Abel’s research has been supported by grants from the NIH, DARPA, the Simons Foundation, the Department of the Army, the Human Frontiers Science Program, the Whitehall Foundation, the John Merck Fund, and the David and Lucile Packard Foundation.